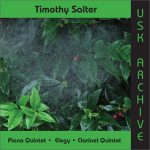 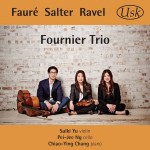 The distinguished Fournier Trio in performances of outstanding presence and vitality 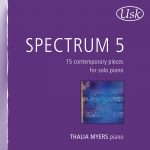 15 contemporary pieces by distinguished international composers, recorded by the pianist who commissioned them for the latest volume in the celebrated Spectrum series, published by ABRSM.
USK 1233DL 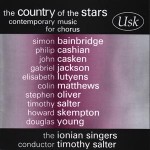 The Country of the Stars 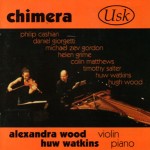 Performances exploding with energy and imagination, of a richly varied collection from British composers of today. 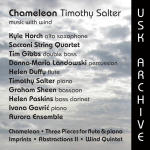 Music with wind by Timothy Salter

Chameleon, a concerto for alto saxophone, together with a wind quintet and duos with piano for flute, bassoon, and bass clarinet display the vitality and lyricism of this composer’s music, performed by an eminent line-up of players. 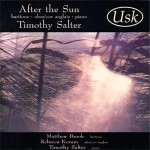 The mystery of death expressed by three poets in words set to music by Timothy Salter that moves between the ecstatic and the introspective. 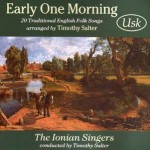 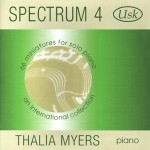 66 newly-commissioned international miniatures. This release, produced in association with the Associated Board of the Royal Schools of Music, coincides with the publication of the fourth volume in the outstanding Spectrum series. 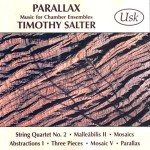 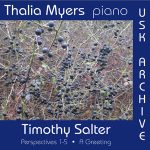 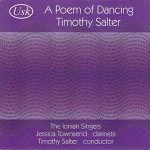 A Poem of Dancing

Timothy Salter’s paean to dancing, a setting of verses by the sixteenth century poet Sir John Davies. A richly dramatic performance conducted by the composer. 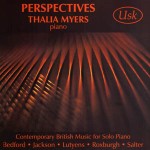 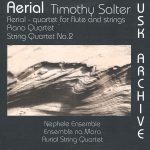 Three quartets from Timothy Salter showing the distinctive harmonic language, drama and structural elegance of his compositional style: Aerial – quartet for flute and strings (2008), is made available for the first time alongside his Piano Quartet (2006) and earlier String Quartet No. 2 (1983). 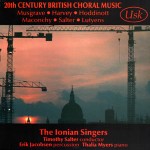 The rich diversity of contemporary British choral music displayed in performances of great vitality and presence. 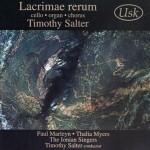 A powerful and haunting work, concerning the transience of mortal things and the spiritual significance of the natural world. 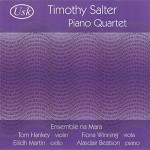 This recording is now incorporated into USK 1230CD (Aerial).